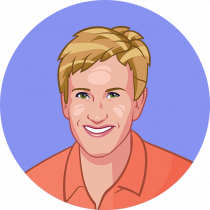 In 2020 I read about a company that had pleaded guilty, been convicted, and fined for failing to ensure persons other than employees were not exposed to risks to their health and safety in breach of s 23 (1) of the OHS Act, by failing to prepare and supervise compliance with a Safe WORK Method Statement (SWMS) for undertaking High-Risk Construction Work (HRCW) allegedly in breach of s 327 (1) of the OHS Regulations. The HRCW (laying floor sheets next to a 3.1 metre drop was being undertaken by contractors). The decision worried me so I contacted the company, and referred them to Barrister Robert O’Neill.

An appeal was run by Rob on behalf of the company with a decision being handed down on 10 March 2022 that there had been a miscarriage of justice and the conviction was quashed. At trial, the prosecution argued that they did not have to prove a breach of all of the elements of the regulation to prove the breach of the Act. This argument was accepted by the original Judge which left Seascape no choice but to plead guilty.

The Appeals Court held that the prosecution DID have to prove all elements of the breach of the regulation to prove a breach of the Act, and therefore Seascape’s subsequent guilty plea was a miscarriage of justice.

But here’s where it gets interesting

Under regulation 327 (1) an employer PERFORMING HRCW must prepare a SWMS and ensure work is done in compliance with that SWMS. The Appeal Court held that the prosecution had failed to prove that Seascape was PERFORMING the work (as opposed to the contractor – my words) and therefore had failed to prove a breach of the Act.

The matter has been remitted for retrial. This decision sets the stage to once and for all confirm WHO is responsible for preparing and implementing SWMS under construction regulation in respect of HRCW i.e. who is PERFORMING the work. I suggest that precedent law such as Baiada would be heavily argued.

Lawyer/ Fellow AIHS
Sue was the first safety professional in Australia to become a Certified Chartered Generalist OHS Professional Member of the Australian Institue of Health and Safety and was awarded the honour of Fellow in 2019.
More articles by this author